On September 26, 2017, Twitter in a surprise announcement revealed an ongoing experiment wherein select accounts were given early access to an increased character count to 280 and stated that this character count change

On September 26, 2017, Twitter in a surprise announcement revealed an ongoing experiment wherein select accounts were given early access to an increased character count to 280 and stated that this character count change would be standardised for everyone if the experiment proved to be successful. So far we have not heard any update regarding the experiment, indicating Twitter are taking their time with it. Expected, as this could fundamentally change Twitter and if done right, could prove to be beneficial to the company.
This isn’t the first time Twitter teased the idea of increasing the character count. In early 2016, CEO, Jack Dorsey and team Twitter did express interest in increasing the character count cap to 10,000, however back then it was more of an infatuation, which Twitter decided to not pursue.
Since its inception, the 140 character limit has been synonymous with Twitter, making it Twitter’s most distinctive feature. So then why would the social media giant, change the very thing that defined it? The company justified the experiment stating barriers posed by certain languages as the reason.
Twitter’s research has suggested that on an average it takes people tweeting in Japanese, Korean and Chinese fewer characters to express themselves as opposed to those tweeting in English or German etc. saying that more tweets occur in markets where expression is easily achieved in under 140 characters. The following graph from the official Twitter blog shows the statistics used to justify the decision.

This move could prove to be beneficial for Twitter, which has been struggling for some time. The social network has been plagued with a slump in user base growth and has been consistently declaring losses for the past few years.
As digital marketers who manage numerous accounts and campaigns, we think this move could indeed be the decision that turns things around for them. Here are a few reasons we feel this could be a good call. 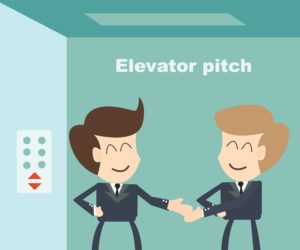 Twitter’s timeline is known for its pace, the rate at which tweets disappear from your timeline can prove to be a hindrance in the process of communicating with your audience. This problem is amplified if the user follows hundreds of accounts.
Brands looking to tweet information that is more than 140 characters have to split their tweets. Imagine only part of a tweet showing up on the timeline when logged in. This bit of partial information can be off-putting and confuse the target, potentially leading to lowered interest rates.
Now, imagine being able to tweet with a higher character limit. Brands being able to say more without snippets of information getting lost in a plethora of tweets that get refreshed every few seconds. To us marketers, this is the equivalent of being granted a longer elevator pitch. We still get to the point, brevity is still required, but we have more time or in this case more characters to sell our ideas. 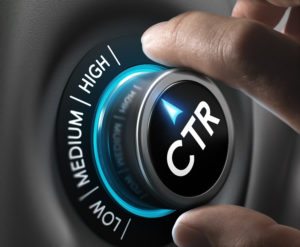 Longer form content (comparatively in this case) gives the brand a strong opportunity to convince or intrigue their audience. Of the many effects, we see a boost in CTR as a real possibility.
According to social media management tool, HootSuite, social networks offer brands a strong opportunity to bring the audience to their website. When taken into account with our previous point on longer content allowing brands to express more, it is possible that the chance to say more to the audience will lead to higher clicks to come to the website.
A callback to our analogy on the elevator pitch with more time, longer content allows you to increase your audience’s interest levels to a point wherein they are naturally inclined to click on your website link.

Social networks allow you to talk to your consumers in a humanised manner and any company serious about digital as a platform would know the importance of reputation management and social media.
It’s common knowledge that consumers take to talking about their experience and consumer psychology tells us, they are more prone to talking about a negative experience.
As a company that has conceptualised and executed numerous social media campaigns and strategies, we feel increasing character count is the equivalent of being allowed a few extra minutes to converse.
Disappointed twitter users, expressing their negative opinions appreciate it when the brands listen, respond quickly and offer a solution. With an increased character count, brands can better articulate their responses leaving them in a better position in handling complaints. 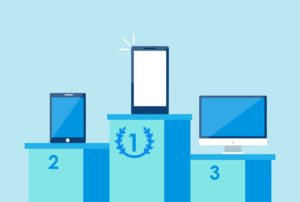 As of 2016, desktop devices have been overtaken by mobile and tablets as the dominant web browsing device. This, in turn, has given rise to a mobile-first web design approach, first outlined in 2009, wherein web designers/developers approach the creation of a website by prioritising the mobile version first and subsequently progressing to desktop variations by adding features.
We expect that an increased character count would entice brands and advertisers to use Twitter more to communicate with their customers and connect to form a strong loyal audience. This in turn with the boost in CTR could advocate for the increased use in mobile first approach.
A very strong factor that could support this possibility is the Accelerated Mobile Pages or  AMP initiative. With the AMP getting increased consideration, we predict that Twitter’s increased character count could prove to be beneficial for those advertising on the social platform as mobile-based web browsing is expected to become better.

Why We Feel This Could Be Beneficial For Twitter

Social media marketing and advertising have seen steady growth over the past few years. According to eMarketer, worldwide social media advertising spends went from $11.36 billion in 2013 to over $35 Billion in 2017.
If you factor in the above points as support, along with the trend of increased advertising spend on social media, Twitter could find itself to be in a better position. The advantages that come with an increased character count would encourage brands to increase their use of the platform, in turn, increasing the company’s advertising revenue.

Digital Strategy Consultants Ltd. is an IT & Digital Consultancy agency situated in the Digital Hub in Dublin. Founded in 2012 with a passion for digital marketing and a drive to bring innovation and a new level of best practices to the industry. Following a data and research-led approach, we specialise in – Web Design, Web Development, UX/UI Development & Design, Online & Digital Advertising, Search Engine Optimisation, Digital Analytics & Reporting, Conversion Rate Optimisation & Social Media.